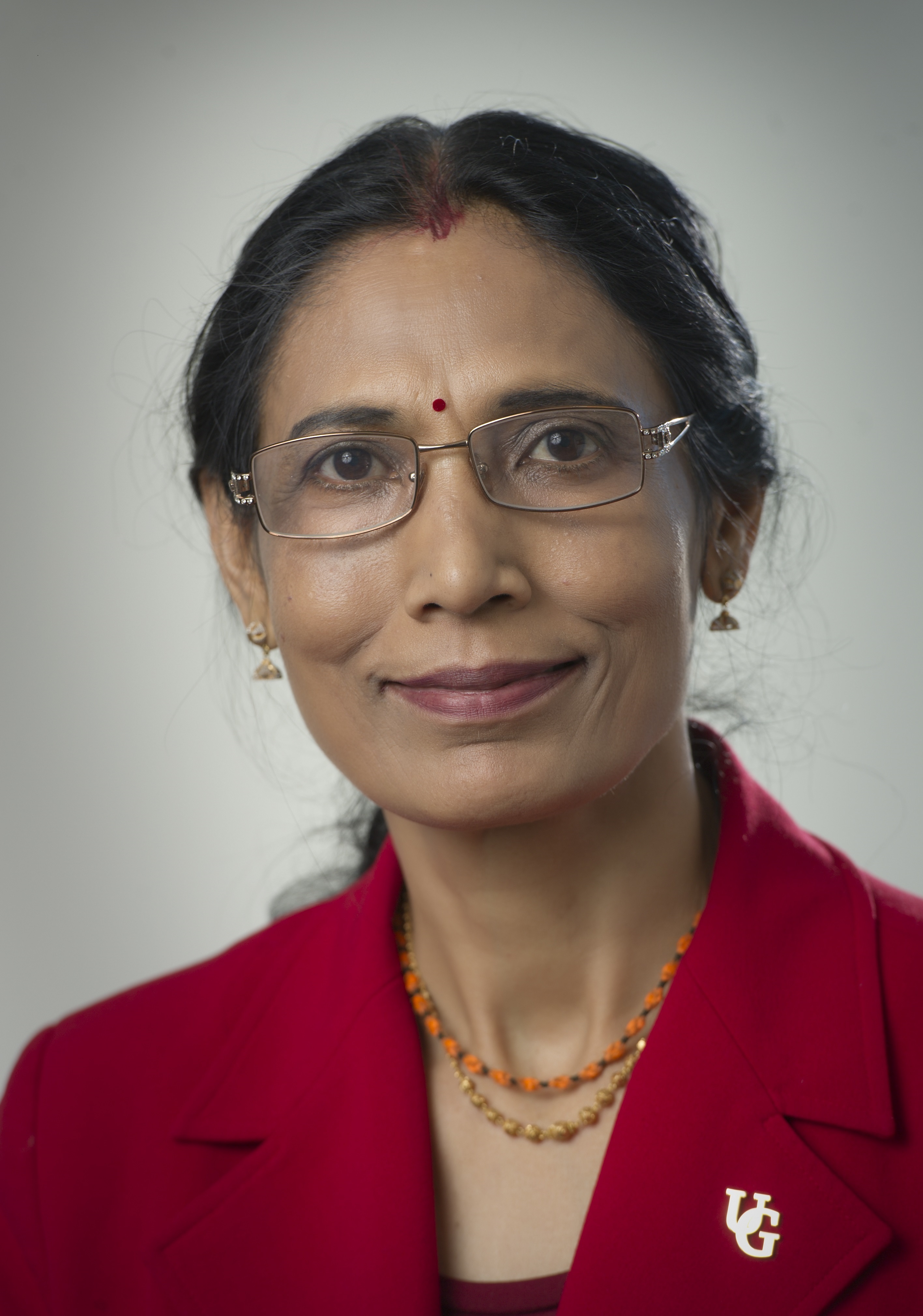 Dr. Manju Misra is a professor in the School of Engineering and holds a joint appointment in the Dept. of Plant Agriculture at the University of Guelph.  As well, she is the Research Program Director of the Plant – Technology Panel for the Ontario Agri-Food Innovation Alliance a program between the Ontario Ministry of Agriculture and Rural Affairs (OMAFRA) and the University of Guelph. She is a Fellow of the Royal Society of Chemistry (UK) and the American Institute of Chemical Engineers (AIChE). Dr. Misra’s current research focuses primarily on novel bio-based composites and nanocomposites from agricultural, forestry and recycled resources for the sustainable bio-economy moving towards Circular Economy. She has authored more than 700 publications, including 369 peer-reviewed journal papers, 21 book chapters, and 53 patents. She was an editor of the CRC Press volume, “Natural Fibers, Biopolymers and Biocomposites,” Taylor & Francis Group, Boca Raton, FL (2005); American Scientific Publishers volume “Packaging Nanotechnology”, Valencia, California (2009); “Polymer Nanocomposites”, Springer (2014) and “Fiber Technology for Fiber-Reinforced Composites”, Woodhead Publishing (2017). She was the chief editor of “Biocomposites: Design and Mechanical Performance” Woodhead Publishing (2015). She was the President of the BioEnvironmental Polymer Society (BEPS) in 2009. She serves on the editorial boards of “Journal of Applied Polymer Science”, “Composites Part A: Science and Manufacturing”, “Polymer Testing”, “Macromolecular Materials and Engineering”, and “Composites Part C: Open Access”. In 2012, Dr. Misra received the prestigious “Jim Hammar Memorial Award” from BEPS and University of Guelph’s Innovation of the year award in 2016 for the involvement in developing the “Compostable single-serve coffee pods”. In 2017, Professor Misra has also received the Andrew Chase Division Award in Chemical Engineering from the Forest Bioproducts Division of AIChE. In 2019, Professor Misra was awarded with the Woman of Distinction on Science, Technology, Engineering & Math (STEM) from the Guelph YWCA-YMCA. In 2020, Prof. Misra was recognized with the CEPS Undergraduate Supervision Award from the University of Guelph. Google Scholar: https://scholar.google.com/citations?hl=en&user=s_EJnNgAAAAJ